From Prismata Wiki
Jump to: navigation, search
The Wincer 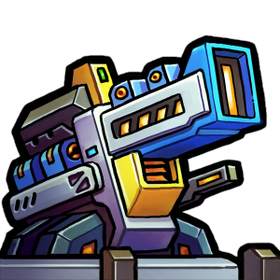 The Wincer is a Green-blue-red unit.

Value wise, it can be compared to a large Auric Impulse that has

in attack burst threat (30 assuming the opponent could freely pay unit value into efficient Prompt defense right after) which if fired, resets the unit effect for the cost of 5 Drones instead of the normal cost.

The main time when you would not want to go for The Wincer is in a low-economy game. Since it requires two Blastforges and an Animus, the player who goes for it on a low economy is likely to end up wasting a lot of tech. If the opponent survives the first Wincer shot (which they almost always can if they prepare correctly), The Wincer player will be down 5 Drones, and might not be able to hold out long enough to fire again.

Sometimes it is actually better to not fire the Wincer once the opponent has defended against it. For example, if your opponent's defense consists entirely of Forcefields, Walls, or other defensive units that do nothing if you don't kill them. You don't actually gain anything by firing except the ability to threaten a second shot sooner (And the shot runs into Absorb), while if holding for 3 turns, it loses an entire firing cycle, while gaining 5

gain by the turn the Wincer would fire again. If you losing 5 Drones will put you at enough of a disadvantage that the game will end before then, you should probably not fire the Wincer.

The Wincer does poorly against breachproof strategies. The reason is that when we have to buy defense we always exhaust the most efficient source (often Walls) first and turn to less efficient sources such as Rhinos or holding back Drones only when pressured, and The Wincer derives much of its value from this fact. Breachproof players, however, are not subject to pressure in the same way.

The next best counter to The Wincer is preemptive defense such as Infusion Grid or Shredder. Buying units like these ahead of time allows you to defend much more efficiently than if you had to block the entire 15+ plus damage using prompt sources.

Efficient soak units such as Aegis and Polywall, especially emergency defenders like Plexo Cell and Blood Pact, also help defend against The Wincer. Be careful about buying multiple Plexo Cells however, as the Wincer player may be able to exploit their lifespan by delaying the Wincer shot for one turn.

As stated above, burst/pressure units (Grenade Mech, Nivo Charge) can be bought on the turn when The Wincer is about to fire to make the sudden spike in damage even more difficult to defend. Units with long

Build time like Frostbite or Endotherm Kit are especially effective when timed to hit at the same time as The Wincer.

Also as stated above, players who go for the Wincer often suffer from overteching. Thus, units like Perforator and Pixie can help out. Hellhound is both a very strong attacker in its own right and can spend

. Bombarder may be the strongest combo, since on spending Tech, it can efficiently Threaten and Hold, but also Block against conventional Attack, crushingly

Opens with a readied economy and a loading The Wincer.

This leaves 11 Drones to set up for whatever attack opponent may muster when on a timer itself.

With the Thorium Dynamo (2).

Avoids floating Gold and Green, and burdening the Absorb denial with regular Attackers.

Requires support to be efficient.

A very early The Wincer, great with a cheap GB unit or sink. Economy units or Absorb denial preffered.

Benefits from a way to sync other Attack with the The Wincer burst.