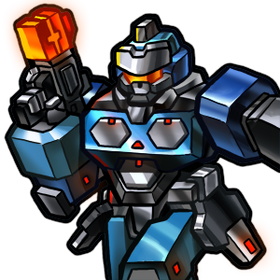 Buying Steelsplitter in this context is justified due to its versatility: it puts immediate pressure, and it will be able to defend if your opponent suddenly threatens damage, or if you just want to buy a big blue unit after it such as Omega Splitter and don't need a Wall yet. Again, later in the game, buying Steelsplitter simply for additional pressure is not the most efficient, but if the choice is between that and wasting