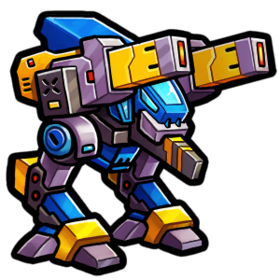 Lancetooth is a cost-efficient offensive

Lancetooth should generally be bought when it denies absorb, that is, when the attack it costs is just being absorbed anyway. Thus you should aim to buy it early in the game when you are just starting to ramp attack so that you can deal 0 damage into the opponent's Wall. When it doesn't deny any absorb and opponent is not playing around the Threat, it is slightly more practical than Steelsplitter, while being slower.

Since it gives you a way to get rid of your attack profitably, Lancetooth can be a counter to blockers with lifespan.

Having an Animus is generally useful in Lancetooth games, because Rhinos are useful, for two reasons. First, if your opponent sets up 2 attack to prepare for a Lancetooth, you have two bad options: either buy a Wall and get no absorb, or just let them slaughter your Engineers. Buying a Rhino is a good response since it offers limited absorb but isn't completely useless when it turns out the opponent bought a Lancetooth and so you don't need defense (because it can attack). The offensive finesse is also handy, because no one wants to be buying Engineers for defensive granularity when it's only turn 5. The second reason is because buying a Rhino in the late-game plays around the threat of your opponent clicking their Lancetooth instead of absorbing on it (see below).

Using Lancetooth as an absorber is better than one might think. Although it costs 2 attack and only gives 1 additional 'Absorb', it allows you to buy 4 less defense right now at a moment, and thus you can buy more attack instead. Basically, since the defensive value arrives sooner than the lost offensive value, it may be fairly often correct to absorb on Lancetooth (provided your other absorber is only a Wall). Using this for an extended time is like paying 2 Attackers and losing 2 Attack for a prompt Infusion Grid with the same Threat, which is not worth nearly as much, meaning a handicap of around 1.5 Drones, over time, thus requiring a gain of 1.5 gold or more per use to pay even.