From Prismata Wiki
Jump to: navigation, search
This article is a stub. You can help Prismata Wiki by expanding it.
Urban Sentry 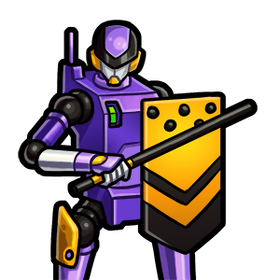 Urban Sentry is a

Urban Sentry functions a lot like a miniature Xeno Guardian - it's a green-blue non-prompt attacking absorber that has 10 supply, so it has almost all of the same strategic interactions. Urban Sentry has less health and is therefore the worse absorber, but it requires less commitment to blue.

When an Urban Sentry would be spent as Soak, there's the option to build a Wall to spare it instead, or another Urban Sentry to keep the unit state the same for next turn as well. This second option spends an extra Green, but it's stronger when the opponent has some expense in using its threat. It may be also good to soak if there's very cheap Attack somehow, since the replacement (for the Attack value) is more efficient than saving it with Wall.

Urban Sentry can be a great unit to open with since it will also function as your absorber for the beginning (and often entirety) of the game and, when bought as your first attacker, tends to come into play around the time your opponent's initial attackers do. A common opening for P2 is thus DD/DDC/DDB/Urban Sentry (8 Gold).

P1 has access to DD/DD/DCB/Urban Sentry (6 Gold), getting out the Urban Sentry half a turn before P2 and forcing them to either lose an Engineer or buy Wall instead of Urban Sentry.

There's also the option of chaining the Sentry from a Rhino, P1 by DD/DD/DDA/TTD/RCB/Urban Sentry +RD (or TT). Wastes some Red, but the Sentry does not lose attack or defense value.