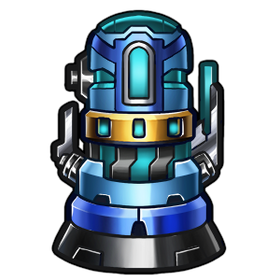 Thermite Core is a cheap Blue unit which helps with offensive finesse.

Thermite Core allows players to store a small amount of

Attack between turns as Pixies. Storing the damage in this manner can help attacking more effectively when additional attack would be absorbed by a non-fragile blocker anyway.

Due to its very low cost, Thermite Core can generally be bought with leftover

blue much like one would buy a Pixie. Again, because it is so cheap, even if it is not used even once over its

5 Lifespan, it's not a huge loss, and sometimes the small value gained by saving one

for later can turn out to be significant over the course of a macro game.