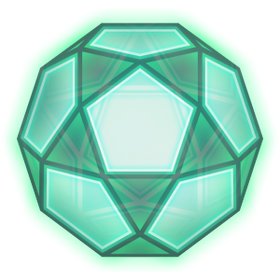 Plexo Cell is a defensive Green unit acting as a more efficient version of Forcefield in most situations.

Prompt defense for only 2

and a Drone, which makes it one of the most efficient defenders in the game. It is especially well-suited to defending against sudden bursts because a large part of its cost is the Drone which you are very willing to sacrifice for defense when pressured. Plexo Cell can be thought of as two Forcefields that only cost 1 Drone - a massive increase in efficiency.

Like other blockers with Lifespan, it is dangerous to use in some situations. In those cases Forcefields should likely be preferred.

Give a lot of thought about whether it is worth building a lot of special Drones like Vivid Drone or Trinity Drone when Plexo Cell is in the set, as if you reduce your base Drone count too much you might end up unable to take advantage of Plexo Cell.

Remember that Plexo Cell is not only more efficient than Forcefield but actually more efficient than Wall as well (and in fact more efficient than any other defender in the game). A common new player mistake is to think, 'Plexo Cells sacrifice my Drones so I don't want to rely on those when I could be using Walls instead'. However, if you defend with Plexo Cells whenever possible and spend your blue on attackers like Drake and Hellhound, the value you gain from being able to buy attackers with your leftover resources instead of spending all your gold on defense will more than compensate for the lost Drones. Of course, you will still need to get one Wall for absorb.

Plexo Cell is a large cost advantage in defense, such that it can help compete with the base Wall defense with only Red. The full non-prompt value of Rhino being about 3.5

a turn for the prompt 'absorb', a combined defense (Rhino + Plexo Cell per turn) may still be better value than a similar Wall-only (Wall every turn) strategy.