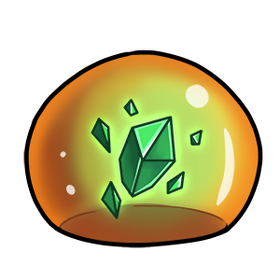 blocker or a burst

In the mid-game, when 2 defense is needed, it is usually better to buy a Forcefield than a Photonic Fibroid so that you can continue to spend your red on efficient attackers. In the late game however, Fibroid can help you spend your red, which normally has trouble finding a decent outlet in the late game. If you were going to buy a Rhino every turn for defense, adding on a Conduit to buy Fibroids instead essentially pays 4 gold for 2 Drones (since you will have 2 more free gold every turn), which is a great deal.

Photonic Fibroid also derives a lot of value from the threat it provides - under normal circumstances, Fibroid will be used as defense to save a better absorber (such as a Wall) and so it will not get to attack (2 Attack is worse value than 3 Defense). But, you have the option of absorbing on Fibroid instead and gain the 2 attack. This possibility forces your opponent to defend for 2 more just in case you do it. If Fibroid gets to force out 2 additional defense from your opponent while providing defensive value for you, it becomes quite an efficient unit. However it's easily countered by the opponent's own Fibroid.