From Prismata Wiki
Jump to: navigation, search
This article is a stub. You can help Prismata Wiki by expanding it.
Mobile Animus
Colorless unit
(see more)
Start of turn, gain 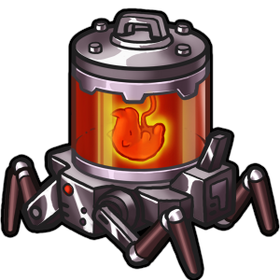 Mobile Animus is a Colorless unit.

Mobile Animus is clearly not an efficient way to get red, however, it can be extremely useful for its ability to produce only a single red in situations where you wouldn't have a good use for the second one that a normal Animus would give you. In particular, it's a strong combo with

units such as Shadowfang and Amporilla, or single-

units such as Valkyrion, The Wincer, Centurion, etc. Even if none of these units are present, sometimes you want a small amount of red tech for its ability to produce efficient attackers but don't want to overcommit to a color that is weak on defense. If you buy a single Mobile Animus instead of a full Animus, you will be able to defend more efficiently and waste less tech in the late game.

The click ability of Mobile Animus is also useful in those situations. Once the late game comes and you know you won't be buying any more attackers, clicking your Mobile Animus gives you

2 of defense without spending any tech, and then you can perhaps replace it with a Conduit for Forcefields.