From Prismata Wiki
Jump to: navigation, search
Engineer
Colorless unit
(see more)
At the start of your turn, gain 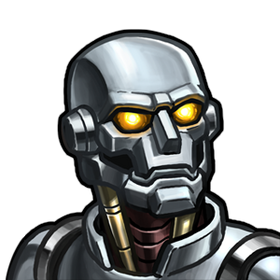 Engineer is a Colorless

blocker unit. It is part of the base set and produces

Players start the game with two Engineers. This provides them with a thin layer of defense and also allows them to make up to two Drones per turn.

A good rule of thumb for beginners is to only go for third Engineer if there is an absorber in the random set with four or more health.

Going up to four or more Engineers in the opening is usually incorrect. The main time four Engineer builds are correct is when an energy-intensive unit like Vivid Drone or Galvani Drone is in the set.

Even if granularity is not a concern, if you have extra gold in the mid or late game but not enough for extra tech to be a good idea, Engineer is usually the right purchase. When compared to a Drone that gets used for defense immediately (without being clicked even once), the Engineer can block just as well but costs 1

Spending Energy in the mid to late game[edit | edit source]

Usually, the only way to spend Energy is on economic units like Drone. Once players are in the mid game, players no longer want to make economic units, and so Energy becomes useless. Most of the time, players simply allow the Energy to decay at the end of their turn. However, some advanced units like Galvani Drone, Electrovore, and Cauterizer allow players to spend their Energy instead of letting it go to waste. This is valuable, because players want to keep a pair of Engineers around for defense anyway.