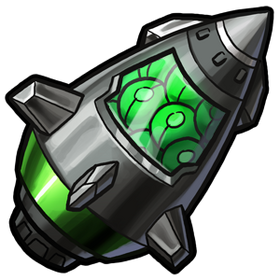 Cluster Bolt is a powerful source of burst damage that can devastate an unprepared opponent, but increases the pressure on oneself as well. It can synergize with convenient Defense sets by making all the defense spent as Prompt. It is best used against an opponent without access to efficient defenders, for example an opponent playing a Tatsu Nullifier rush. If the four damage forces them to buy two Rhinos, then Cluster Bolt is great. It can also be used to deny important purchases - for example, if the opponent has set up to buy a Defense Grid next turn, but buying a Cluster Bolt places them under so much pressure that they can't do so without getting breached.

Instead of ramping for a 2nd Bolt, constant attack.

Health) like Gauss Cannon. As a matter of fact on the turn your opponent decides to use Cluster Bolts you will be breached (barring units like Urban Sentry or Plexo Cell), so in order to minimize the damage DO NOT build low-

Defend with Walls and Engineers.